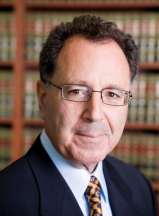 Ron Cordova is an experienced and well-respected criminal defense attorney. He has successfully represented clients in a wide array of state and federal criminal matters, including homicides and other violent offenses such as assault, battery and robbery, drug charges, theft and white collar offenses, alcohol-related charges and juvenile cases. Ron Cordova represents clients in Orange County as well as statewide and nationally, devoting personal attention to each case. He combines skill, compassion and aggressive representation to provide the highest level of legal service. With 38 years of criminal law and jury trial experience, Ron Cordova has attained a well-deserved reputation for obtaining outstanding results in even the most difficult and challenging cases. He has tried more than 150 cases to verdict and maintains a truly national practice, having represented clients in 29 states and several foreign countries. Despite such prominence, Ron remains accessible to his clients and does not pass their cases off to associates. Ron Cordova is a distinguished lawyer in his field. He has been named a “Southern California SuperLawyer” every year since 2006. Ron has also received the highest possible rating of “AV” from Martindale Hubbell. Ron Cordova has been named as one of the top five Orange County criminal attorneys by OC Metro Magazine (August 2009 and August 2010) and selected for inclusion in SuperLawyers Magazine (2007-2011). Ron Cordova is a former Orange County deputy district attorney and a former member of the California Legislature. Additionally, he has served as a professor of criminal law in California and internationally. Ron Cordova is admitted to practice before all state and federal courts in California as well as federal courts in Arizona, Colorado, Michigan and Texas. He has also been admitted pro hac vice in numerous jurisdictions throughout the United States.