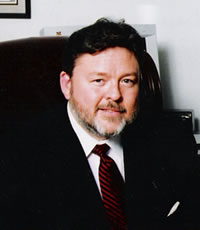 Denny R. Martin has been licensed since 1978 and he has been Board Certified in Personal Injury Trial Law by the Texas Board of Legal Specialization since 1987. He is admitted to practice before the Supreme Court of the United States, the United States Court of Appeals for the Fifth Circuit and the Supreme Court of Texas. He has been named to Who’s Who in American Law, Sixth Edition 1990/1991.  He has served as President of the Garland Bar Association, 2003-004.  He has an “AV” rating, the highest rating for competency and ethics, from Martindale-Hubbell.

Mr. Martin has represented thousands of injury victims, including victims of car and truck wrecks, victims of explosion and fire, victims of a doctor’s failure to timely perform c-section which caused birth injury, victims of unsafe ladders, workers who were not given proper protection and fell from roofs, victims of motorcycle accidents who have lost limbs, and cases involving many other tragic but avoidable accidents and injuries.

Mr. Martin knows you have questions, understands that your legal matter is of great concern to you, and is here to provide the help you need.

Call Mr. Martin.  He will provide a free consultation and evaluate your case for free. He serves the entire State of Texas.

If you have been injured, it is important that you seek legal advice immediately. It may be that you are entitled to compensation for your loss. This law firm has the resources and experience to fully evaluate your case.  In general, in Texas, you have two years from the date of an accident to file a lawsuit against the negligent person or entity that caused your injury, but there may be even earlier or later notice requirements.